(HealthDay News) — Younger patients have a higher risk for financial toxicity following robotic prostate cancer surgery, according to a study published in The Journal of Urology.

“Patients who report urological symptoms after robot-assisted radical prostatectomy should also be evaluated for financial toxicity,” the authors write. 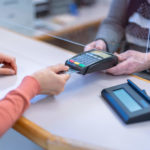 Don’t miss out on today’s top content on Renal & Urology News. Register for free and gain unlimited access to:

No comments to show.